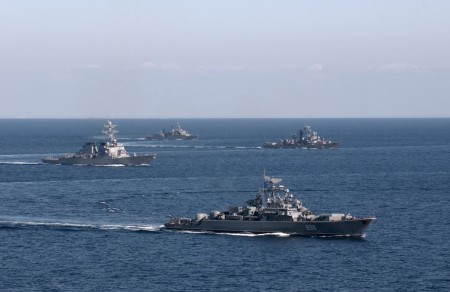 When we look back at Tunisia, Egypt, Yemen and Libya this past year, we have to ask whether the premise of “dictator leaves, problem solved” is remotely valid.

It is a key reason why Russia has little incentive to relinquish support of its longtime ally Syrian President Bashar al-Assad. The Russian position was entirely evident during the recent Putin-Obama meeting when the question of Assad’s removal came up.

“Then what?” Putin is said to have responded.

Aside from Russia’s own strategic alliance with Syria, they have several urgent concerns. Firstly, the Russian position is firmly tied to that of the BRICs today. These four disparate economic-political powerhouses have resolved to redress a global imbalance of power and Syria has become a frontline state in this effort. The BRICs insist that Syrians should resolve their crisis with minimal intervention, which precludes forcing regime change from the outside.

Secondly, the external parties that are demanding Assad’s ouster are the same handful of NATO-GCC interventionists that brought us the Libyan catastrophe under the cloak of Responsibility To Protect (R2P) and Humanitarian Intervention narratives. The Russians deeply regret having signing on to the Security Council resolution that enabled the unraveling of Libya, and will go to great lengths to prevent the same scenario in Syria.

Thirdly, the creeping influence of Salafist oppositionists and even foreign jihadists is of concern to the Russians, who recall their own experience with these elements in Afghanistan, and worry about the potential spillover into their own Muslim communities if Syria implodes.

But while the Russians have been deliberately vague on their support for Assad himself, today they are unlikely to undermine him primarily because of the unpredictability of “what comes next.”

US Secretary of State Hillary Clinton understood this reality when she said in June: “We are approached on a regular basis by representatives of different groups within Syria who are terrified of what comes next.”

So important is this question that American elder statesmen are starting to weigh in. Henry Kissinger questions whether the increasingly common practice of ousting leaders and breaching sovereignty could threaten the world order established in 1648: “In reacting to one human tragedy, we must be careful not to facilitate another.” Zbigniew Brzezinski argues that the conflict in Syria is “a difficult internal problem which has not assumed huge proportions yet” and cautions against turning this into “a global problem.”

And here’s why: Fifteen months of crisis and spin later, we have yet to see the emergence of a viable domestic or external-based Syrian opposition that offers a detailed political roadmap. Without a plausible alternative to Assad, Syria could quickly crumble into a failed state with broad spillover into the region and beyond.

The Russians are keenly touting the UN’s Annan Plan as the “only game in town.” They argue that Syria needs an urgent de-escalation in violence – under the watch of UN Monitors – followed closely by a genuine process of political reconciliation, at the end of which Syrians can decide on the fate of their president.

Recognizing the dangers of militarization and foreign intervention, Russia and the other BRICs have sought to put their arms around Syria to preserve the “homegrown solution” option. In fact, as armed conflict escalates, their motivation to help oust Assad will be further reduced, not encouraged.

Assad’s removal is not on Moscow’s mind today – the warships heading into Syrian waters make that clear. They have learned the hard way that forced regime change is not the solution – it is usually the start of something much worse. Think Libya. Think Afghanistan. Russians have learned from those lessons.

This short essay was in response to a query posed by The New York Times: “Is there a way that Russia can be persuaded to abandon Assad?” Fellow debaters include the Stimson Center’s Mona Yacoubian, Ed Husain of the Council on Foreign Relations and the Syrian National Council’s Radwan Ziadeh.